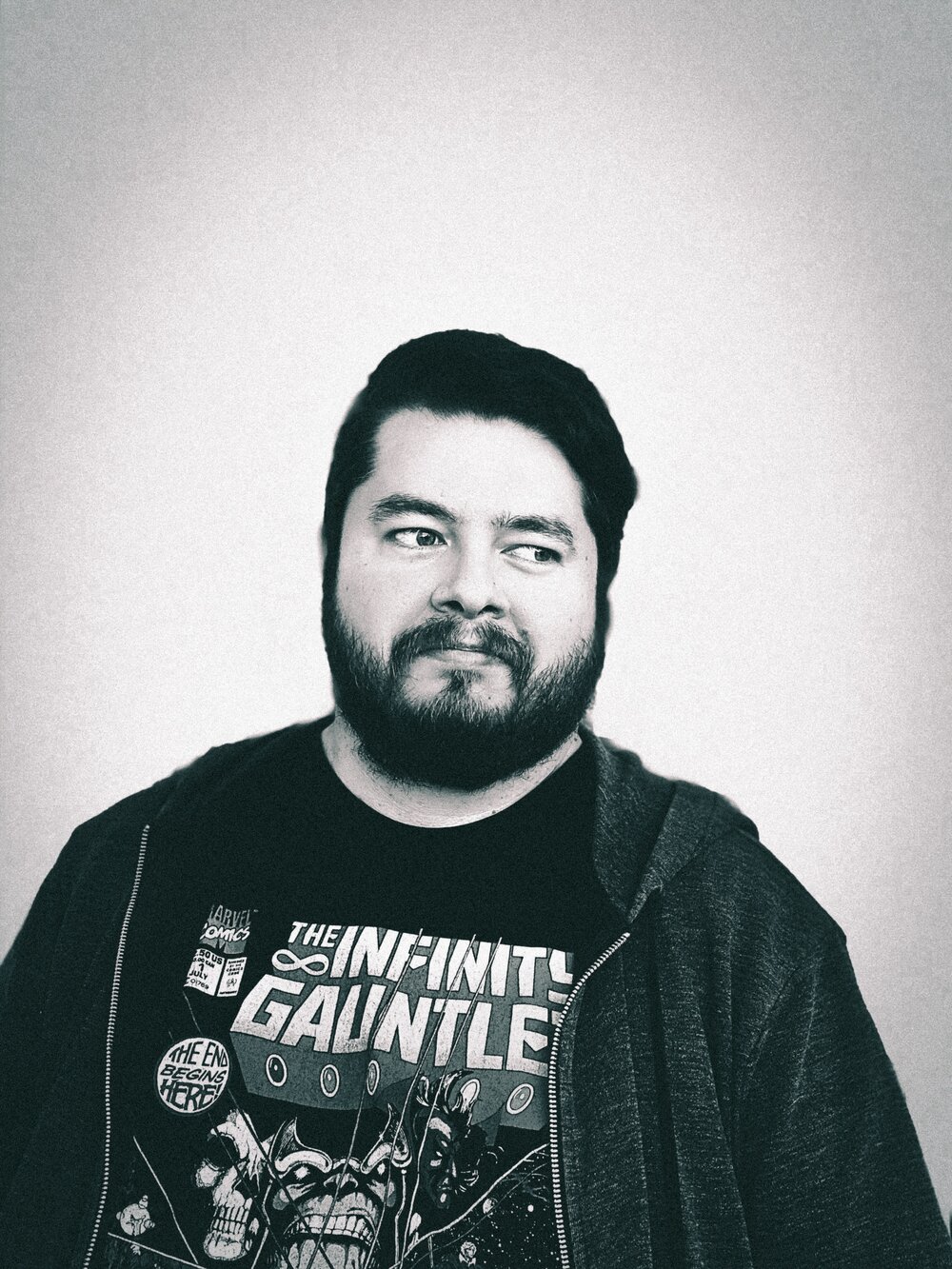 You have found the About Section

Hi! My name is Raul Esquivel.

I'm a self taught designer, developer, digital artist, illustrator & photographer born and raised in the beautiful city of Los Angeles, California. I'm a self-starter with major entrepreneurial tendencies that often result in me seeking out information for myself and learning new things in order to get the job done. I love challenging myself and I'm constantly working on new design projects whenever I can.

When I’m not busy making things, I enjoy being in nature or visiting local museums. I also love drawing and watching documentaries about paranormal stuff and space.

Feel free to get in touch if you or your company is hiring or if you want to work together.

Below is a link to view my most recent resume detailing my professional work experience.

How It All Began

I got my start as a designer pretty early on as a result of my interest in music and astronomy. As a kid I was always amazed by space and astronomy and I held onto that interest all throughout grade school. I was never super artistic in terms of being an amazing illustrator but I did draw a lot in middle school. Mostly anime stuff like DragonBall Z characters. I did however start gaining a deep interest in photography as early as 7th grade.

Once I made it to high school, my interest in photography led me to create an online photography portfolio on DeviantArt. I had my own camera but it was a cheap 7.1 megapixel Canon point-n-shoot that I would carry around EVERYWHERE. Once I started uploading things regularly to DeviantArt, I began casually browsing around the site and I came across an art style that was called “Surreal Space Art”. Basically it was a type of concept art where the subject would be scenery of impossible places throughout the universe. Like a view looking down at a moon with a giant ringed planet in the background or standing on an alien world with a giant planet visible in the sky.

I was amazed by that type of artwork and my love of astronomy was telling me to learn how that was made. After talking to the creators of a few pieces and asking them a few questions I quickly learned that they used Adobe Photoshop and a 3D terrain rendering program called Terragen. I had never used Photoshop before, let alone a 3D program. So I began searching online for as many design tutorials as I could find and ended up learning a lot of really advanced Photoshop and design techniques early on. I was about a year or two into learning things on my own that I started noticing I was able to create artwork that was somewhat comparable to what got me interested in design in the first place.

Meanwhile, at the same time I was teaching myself design, I had also continued to make progress in my interest in music by teaching myself how to play guitar and taking piano lessons. Eventually I became a guitarist in a few metal bands with friends at school. To pass the time I started creating artwork and logos using the band names for fun and noticed that I really liked doing that kind of stuff. I ended up showing a few of the members some of the artwork I made and they liked it and showed people from other bands and they ended up hiring me to make artwork for them as well. Soon after that is when I learned what freelancing was and I setup a name and website and began freelancing for bands and clothing companies for the next few years.

I built up a pretty decent amount of work with all sorts of bands. Even a few dream clients as well. Once I graduated high school I decided that instead of attending a 4-year college and getting a design degree, I simply went the trade school route and studied design and animation at a film school in Burbank, CA called Video Symphony. I went through the 10-month course and a few months after I finished, I began landing a few short term design gigs until I was hired as an Art Director at an advertising agency in Los Angeles called Something Massive where I worked at for 5 years until moving on to a position as an in-house communications designer at Ticketmaster / Live Nation. Currently I'm working as a Sr. Print Designer for FX Networks at The Walt Disney Company.

Currently I run and operate all aspects of Eagle & Bison Design Company full-time from my home studio in Orange County, CA. I create exclusive design content for my Patreon, I record videos and other content for my YouTube channel, I make and sell fonts and design assets on Creative Market, and I also sell various physical products such as t-shirts, hoodies, enamel pins, and more on my online shop.